I know ZERO people who don’t like ice cream. The best flavors and combinations are of hot contention, but you’d be hard to find a living soul who would turn their nose up at a cold & creamy cup or cone of everyone’s favorite frozen treat.

I have so many hardened images in my brain of ice cream it’s hard to know which memory lane I should go down for this post. Well, let’s start here.

I was blessed enough as a kid to have two families, my own, and my best friend’s family as well. There were four generations of family in and out of their house at all times. His Grandmother was the matriarch, having raised nine children, six of her own, three as a nanny, and now working on bringing up three of her grandchildren, she held the position well. She not only cared for the kids she also cared for her mother. Great Grandmother, as everyone affectionately called her, including me, was the sweetest woman you could meet. I can still hear her laughing, which she always seemed to be doing, and feel the affection in her voice when she would ask us kids, “you want some cream baby.” Because she loved it so much herself and wanted everyone else to share in her joy, there was always a big tub of ice cream in their freezer. I miss that lady; she could make even the worst day feel a little bit better.

It wasn’t until recently since I had cut out dairy so long ago that I started making ice cream at home. An ice cream maker is a must-have to do it correctly, and I’ve found the minimalist approach to be the best. Coconut milk is the base, from there you can get creative on what you add to it. For this recipe, these five ingredients make some pretty damn good cream. Let’s cook, or shall I say let’s cool. 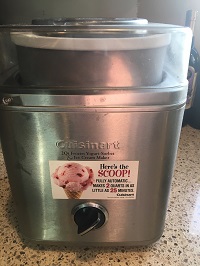 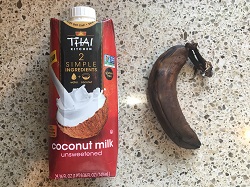